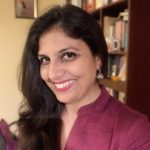 Since Elon Musk’s takeover on November 4, Twitter has been constantly in the news:

It’s been chaotic, in short.

Both the Indian and the foreign news media have been nosing around for the tiniest whiff of this musky saga. Chasing all angles of the unraveling stories, be it the woes of the Twitterati, their tweeps, the economics at play, or the lives affected by the brutal layoffs.

In the local context, we’ve seen moving accounts of Indians who stand to lose their H1B status after being fired. A tweet by the new CEO rationalizing the nearly 50% reduction in staff to save the company $4 million a day, is hardly any consolation.

Regarding Twitter’s reduction in force, unfortunately, there is no choice when the company is losing over $4M/day.

Everyone exited was offered 3 months of severance, which is 50% more than legally required.

There is another human angle to this disruptive development that has been missed by the Indian media. It’s how the new guard and the subsequent decisions impact persons with disabilities. However, there has been some coverage in the American media, of the disabled Twitter users’ fears of the changes being brought about on the social media platform. But unless you are a Disability Rights Advocate, or disabled yourself or related to someone who is, it’s not the most obvious issue that stands out in the flood of mainstream Twitter reportage.

Let’s try and understand why it matters. And what has changed.

Fifteen percent of the world’s population lives with some form of disability. Despite the huge numbers, the community has remained invisible for various reasons. Lack of access to opportunities, barriers in the physical and digital environment, stigma in the society towards disability and so on. The emergence of the internet, technology and finally social media, provided a possibility of engagement to these faceless people, giving them a chance to voice their ideas and opinions.

Social media platforms level out the differences that may exist in the physical world, extending an equal chance to mingle with the mainstream. The vulnerabilities and the discrimination fade away to a great extent.

Up until now, Twitter has made significant efforts to make the platform accessible for persons with disabilities. In 2016, it introduced ALT (alternative) text for images where you can add descriptions for non-textual content, to help users with low vision, blindness, or cognitive disabilities. In a statement released in September 2020, Twitter promised to enhance its efforts to make the platform more accessible, announcing new teams placed in charge of focusing on user experience. A new handle, @TwitterA11y carried all updates on product/ service accessibility.

If you are wondering what are these features and how do they make it possible for people with different types of disabilities to engage on the platform, here’s a list naming a few:

And there are several more, including different settings for Web, iOS and Android users. Earlier this year, the Twitter Accessibility Experience Team rolled out the ALT text badge and new Closed Captions (CC) button. The visible The ALT badge on images lets you know when someone has added a description to their image. The CC button appears in the top-right corner of a video that has captions available, giving you the option of turning captions on or off.

On November 4, 2022, Elon Musk scrapped the entire Accessibility Experience Team, along with other important ones like Human Rights, Communications, Public Policy et cetera.

I am officially no longer the Engineering Manager for the Accessibility Experience Team at Twitter. I have words. 🧵

Rejected and dismissed by the surrounding community, many disabled people found a new home on social media. A place that helps them discuss issues, find support and answers, pursue interests other than disability and make friends beyond physical boundaries. Not all platforms are mindfully geared towards the accessibility needs of the PwD (persons with disabilities) groups. Twitter was leading by example. Many users looking for alternative platforms of interaction, have now been reporting barriers to access on platforms like Mastodon and so on.

On one hand, Musk publicly vouches for making Twitter a space for citizens, and yet on the other, sidesteps the needs of more than 1 billion people. Would it be an exaggeration to call this another Nazi-like propaganda against the disabled?

Shruti Pushkarna is a Programs and Media Specialist working towards Disability Inclusion. As a primary caregiver herself, she strongly advocates for equal rights and dignity for persons with disabilities and people living with chronic illness. She is a former journalist with extensive experience of producing television and digital content. She believes that the only limitation in life is our imagination. And the fight against discrimination and exclusion is about altering collective societal mindsets. This article first appeared as Will the Twitter Takeover lead to Muzzling of the Disabled? at MxM India