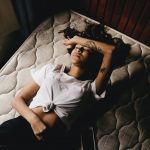 The impact of overturning Roe v. Wade has been discussed in terms of abortions and pregnancy. However, if Roe is overturned, the right to contraception could be at stake. This article discusses what that would mean for people with menstrual disorders.


I was hesitant to write this article. I knew that the Dobbs opinion was coming, but I did not expect to read it until the end of June or July. So, I was not ready to write about it after seeing it in May. However, I knew that I must write something. I just had to wait until I could handle it emotionally. After taking some time off work, I was ready. As I went upstairs to get my computer, I came into my room where I saw two of the three posters hanging near my bed. At the head of the bed on the wall are posters of Brown vs. Board of Education and Roe vs. Wade. When I first bought these posters, I hesitated. “Roe might be overturned a few years after I buy this poster. Is it worth it to buy it? What if I buy it, Roe is overturned, and I just get depressed anytime I look at the wall?” I decided that it was one of the most important cases and bought the poster. It is hard to face even though the opinion is not final yet.

Clare Tyler is a student at the University of Rhode Island

Many people have made correct arguments about what Justice Alito’s leaked opinion means, one of which is that this opens the door for other rights to be taken away. Indeed, Roe was born from Griswold vs. Connecticut. According to Oyez, Justice Douglas, who wrote the majority opinion for Griswold, argues that the right to “marital privacy against state restrictions on contraception” is established through the First, Third, Fourth and Ninth amendments. Justice Goldberg concurred, saying it was established through the Fourteenth and Ninth amendments. To be honest, I would agree with Justice Goldberg’s interpretation, but the overall conclusion reached by the Court was correct in my opinion, and more importantly, it set up a huge precedent for stare decisis that Roe built on.

Because Justice Alito’s Dobbs opinion says the right to abortion is not in the Constitution or “deeply rooted” in history, it also calls Griswold into question (and the Ninth amendment to be honest if we’re only acknowledging rights written in the Constitution). People have pointed this out and have also pointed out how the overturning of Roe would disproportionately harm underrepresented groups, and I would like to expand by discussing how it would impact disabled women.

Last fall, I began experiencing symptoms of Premenstrual Dysphoric Disorder (PMDD). The week before my period, I would be unable to do work because of crushing fatigue. I would experience serious mood swings, an exacerbation of my gastrointestinal conditions as well as the weakening of my social filter (thanks autism combined with fatigue). It was the fatigue and mood swings that were the most problematic. The mood swings got better with my period, but as my periods are heavy, the fatigue remained due to blood loss. I saw a gynecologist in March. She said the main two treatments were birth control pills and selective serotonin reuptake inhibitors (SSRIs). I knew that SSRIs had many interactions with other meds (possibly the ones I was taking for my epilepsy) and awful side effects. Despite having diagnoses of generalized anxiety and depression (I would argue that I no longer have the latter), I have always purposefully avoided SSRIs. Plus, the mood swings were slightly better by March. The fatigue was what was truly problematic as it kept me from my work and made my social filter more leaky. Because of this, and wanting to make my periods lighter, I knew that birth control pills were the way to go.

Birth control pills do take some getting used to as they manipulate your hormone levels. The first month saw some problematic side effects. However, I am in the fourth month, and I have never felt better. I do not have to worry about my work during that week or two. I am much more controlled in what I say to people as mood swings and fatigue are not affecting my social filter, and I am not crying nearly as much. PMDD and severe premenstrual disorder (PMS) are real health conditions and disabilities. I almost asked for extensions on work last semester due to the fatigue, but I did not have documentation for PMDD as I had not yet seen a gynecologist. Menstrual related conditions are not talked about, because talking about periods is still stigmatized. However, they have to be talked about, especially if we are thinking about overturning Griswold. Banning a right to contraception will ban treatment for severe PMS and PMDD, because the treatment for those is the combined pill of estrogen and progesterone, aka the birth control pill.

Birth control pills have a therapeutic purpose. I do wish the name would be changed as I am not taking them for that purpose. I am taking them for a serious health condition, however they do prevent pregnancy and therefore, are contraception. So, what am I to do if Griswold is overturned? Do I go back to essentially being a useless wreck for a week, unable to do work, crying every day and saying things I shouldn’t because of a leaky social filter? We must remember that it is not just women seeking to prevent pregnancy who would be hurt by Griswold being overturned, but it is also those of us using birth control methods therapeutically.

This is not to say if birth control pills were exclusively for contraception then I would not care if Griswold was overturned. Due to being precedent for almost 60 years, people have come to rely on Griswold, and I would agree that the right to regulate one’s body and use contraception can be found in the Ninth and Fourteenth Amendments. Also, doesn’t the right to regulate one’s body just seem, I don’t know, right morally? However, I have not seen anyone discuss the particular issue of women with health conditions being affected by these decisions. We must not be forgotten when people are analyzing these decisions as our health matters. It is its own problem that the right to healthcare is not considered a fundamental right (I mean “hello, right to ‘life’ and ‘liberty’?”). If healthcare was a fundamental right, that would be a barrier to overturning Griswold if people kept us in mind, but no one, not even most abortion advocates have us in mind. Therefore, I urge pro-choice advocates to look beyond Roe and see that Griswold has health implications apart from pregnancy.