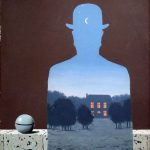 … people with invisible disabilities face rejection by family, friends, peers and society at large. Only because they seem incongruous with our limited definition of ‘normal’. In fact, they may be worse off than the disabled people in wheelchairs, people with white canes or hearing aids, because their condition isn’t ‘obviously’ seen or recognized.

Lately, I have found myself unwinding to reruns of old favorite TV shows (now easily available on OTT platforms), treating myself to a nightcap in the form of yesteryear soap operas.

An episode of Boston Legal, (an American legal drama series which first aired in 2004) resonated with my current stance on challenging stereotypes and perceptions, specific to disability.

In this particular episode from Season 2, the protagonist Alan Shore (James Spader) makes a case for a little girl who cannot smile after a nerve damage from a car accident. As she is mercilessly teased at the public school, Marrisa’s mother pulls her out, and decides to give her daughter a fresh start at a private institute.  Except the girl’s brilliance in academics and co-curricular activities is not enough to secure admission at a top-tier school. She is denied admission because she didn’t ‘smile’ at the Admissions Director.

Our limited definition of ‘normal’

Like Marrisa, people with invisible disabilities face rejection by family, friends, peers and society at large. Only because they seem incongruous with our limited definition of ‘normal’. In fact, they are worse off than the disabled people in wheelchairs, people with white canes or hearing aids, because their condition isn’t ‘obviously’ seen or recognized.

Invisible disabilities are not immediately apparent but they are debilitating in their own ways. These include chronic illnesses like sleep disorders, diabetes, renal failure, autoimmune disorders, food allergies or gastro-intestinal disorders, epilepsy, hemophilia, developmental and learning impairments, fibromyalgia, psychiatric illnesses and so on.

The World Health Organization estimates that globally almost a billion people live with some form of disability. And a United States report suggests that 74 per cent of persons with disabilities don’t use a wheelchair or any aid that makes their impairment visible. Both the United Nation Convention on the Rights of Persons with Disability (UNCRPD) and the Rights to Persons with Disabilities Act (RPWD) 2016 of India clarify that disability includes people with mental illness, epilepsy, intellectual impairment and other disabilities which may not be evident to a casual observer. And yet, they face discrimination.

In a country like India, where disability is anyway stigmatized, persons with invisible conditions (are bound to) face various challenges while traveling, shopping, making hospital visits, in places of entertainment and interacting with people in general.

To cite real life cases, two people suffering from Multiple Sclerosis and Sjogren’s syndrome respectively, had to compromise their career choices because the effects of their conditions hampered their professional output. Sjogren’s syndrome is an autoimmune disease in which your immune system attacks your own body parts. Symptoms like dry mouth and dry eyes make it hard to continue in a regular job. Rheumatoid Arthritis (RA) is another example of a chronic inflammatory disorder which leads to bone erosion and joint deformity. RA also attacks internal organs and its fatigue symptoms are more than just feeling tired.

Now many persons with invisible disabilities learn to cope using medication, pain management or physical therapy, depending on their ailment. But the fact that their disabilities are judged or reduced or even entirely overlooked, causes them further mental and physical problems.

It’s imperative that the media creates awareness about such conditions so our society becomes sensitive and empathetic towards this section of the population. Schools and offices should be expected to train teachers and staff as well as introduce policies to make reasonable accommodation for persons with invisible disabilities.

Inclusion can happen when (physical and attitudinal) barriers are overcome. Anyone who wears eye glasses or contact lenses is not considered ‘disabled’ today. Of course that wasn’t true before spectacles were invented in the 13th century. Simple solutions can change the way we perceive people’s limitations.

It’s about time we think solutions rather than imposing our expectations on people who struggle for most part of their lives trying to ‘fit in’. Acceptance cannot be conditional to a constricted imagination.

The little girl in Boston Legal was inspired by René François Ghislain Magritte, a Belgian artist who was well-known for his work with surrealism and thought-provoking images. He often depicted ordinary objects like clouds, pipes, bowler hats in an unusual context and mislabeled them, to challenge observers’ preconditioned perceptions of reality. Marrisa defies the common idea of happiness denoted by a smile by drawing a self-portrait and writing ‘Happy Girl’ under it.

Shruti Pushkarna is a Programs and Media Specialist working towards Disability Inclusion. As a primary caregiver herself, she strongly advocates for equal rights and dignity for persons with disabilities and people living with chronic illness. She is a former journalist with extensive experience of producing television and digital content. She believes that the only limitation in life is our imagination. And the fight against discrimination and exclusion is about altering collective societal mindsets. This article first appeared as Invisible Disabilities: Missing from any Discourse on Disability at MxM India