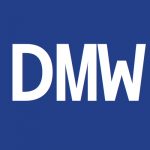 The Neurodiversity Movement is growing as advocates push for acceptance instead of a cure for numerous neurodivergences including, but not limited to, Attention Deficit/Hyperactivity Disorder (ADHD) and Autism Spectrum Disorder (ASD). As a person with ASD and Other Specified ADHD, I too am pushing for a world of acceptance instead of a cure. Because if a “cure” became available to us today, we have no idea who we would be without our neurodivergence. Neurodivergences are there from birth. Therefore, they are a part of who we are. However, neurodiversity advocates have said that there is no pathology in a neurodivergent brain.

For people with just a neurodivergence and no co-occurring health conditions, I would agree, but what about people like me?

Clare Tyler is a student at the University of Rhode Island

I have PCDH19 related epilepsy, a rare type of genetic epilepsy. It is sometimes categorized as one of the Developmental Epileptic Encephalopathies (DEEs). It comes from a mutation in a PCDH19 gene and manifests itself in a wide spectrum of phenotypes. Seizures, particularly in clusters, are very common as are anxiety, ASD, ADHD, Intellectual Disability, and sometimes physical manifestations are present, such as constipation, sleep disturbances and delayed tooth eruption.

To neurotypicals, I appear to be “high functioning.”

I have no language delay or intellectual disability, and my seizures are controlled through medications. However, as most disabled people know, “high functioning” is a label used by neurotypicals to indicate that the disabled person does not need a lot of help from neurotypicals/able-bodied people to function in society. This does not mean that we are not struggling. The constipation has resulted in IBS; my current med causes acid reflux (GERD) and nausea, and my previous med caused extreme depression as did social isolation from my ASD; I have generalized anxiety and social anxiety to the point I stim after sending an email or having a conversation. I have accepted that close friends and a spouse are unlikely in my future. There are realties I have to accept, and this is one of two problems certain critics have with the current rhetoric:

The solution to question one is one I have found in recent years through following disability rights advocates: the reason that neurodivergences are so disabling is because society is not built for us. If someone is non-verbal, then they are considered “low functioning,” and neurotypicals point to them as an example of why we should have a cure. But what if they had proper support? What if we found a way to communicate with them that didn’t involve speaking? What if we let people stim? These are solutions that are not socially acceptable to neurotypicals, and as a result, Applied Behavioral Analysis (ABA) has become popular. This is despite the fact that some, including me, consider ABA a form of oppression.

Neurodivergence is disabling because of the ableism in society, not because it itself is a pathology.

My condition is a perfect example of my one problem with the neurodiversity movement.

My autism, ADHD and generalized anxiety all came out of my gene mutation. The gene mutation has also led to serious epilepsy. Some people cannot control their seizures with any therapy, and the future cure to PCDH19 epilepsy will be genetic therapy. Given the science I have seen, the mutation should be fixed before neurons attempt to make connections with each other if we hope to cure this condition. That is really early on in pregnancy but is most likely what needs to happen to prevent incredibly disabling seizures that disrupt brain development. Each seizure hurts the brain a little bit more, and if occurring at night, they disrupt sleep. If you cure or prevent the epilepsy, it seems likely to me that the child will not be neurodivergent.

What do we do, neurodiversity advocates?

I want to know. Because, according to basic genetics, there is a 50% chance that my future child will have this mutation, and if it is a girl who inherits the mutation, she will display some sort of phenotype. Do I adopt to prevent a child from suffering disabling seizures and GI disturbances? Because if I do, then I am likely preventing a child from being neurodivergent, or do I have a child I know is going to suffer because of the underlying pathology?

I want more neurodivergent people in the world. That is the only way that neurotypicals/abled people will listen.

Let’s find a place in the movement for those of us with underlying pathologies. Because the two sides right now are “cure” and “cure = eugenics/oppression.” There needs to be a third option: cure/prevention if the neurodivergence comes from an actual pathology causing physical/problematic neurological manifestations. If the movement acknowledges that not all neurodivergences are created equal, then there is a voice for a lot more people in the movement, including me.