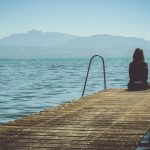 Depression and addiction can go hand-in-hand. The National Bureau of Economic Research reports that people who have had a mental illness at some point in their lives (43% of the U.S. population) consume 69% of the nation’s alcohol and 84% of the nation’s cocaine. Studies have found that when someone with a depressive disorder abuses alcohol, both disorders are impacted and often become more severe. In the same vein, major depressive disorder is the most common co-occurring mental health condition among those with alcohol use disorder (AUD).

The Connection Between Depression and Drug Addiction

We also know regular or heavy drinking in teens and adults heightens their risk for depression and dysthymia. Adding substance use to an already altered brain chemistry can alter the brain’s chemistry further, triggering depressive symptoms.

For some, depression comes first, and substance use may be an unhealthy way to cope with depression symptoms. For others, substance use may come first, causing or contributing to the person’s depression. Therapists and clinicians often consider the timeline of their clients’ disorders when developing a dual diagnosis treatment plan.

Treatment of Co-Occurring Depression and Substance Use

Treating co-occurring depression and substance use can be tricky but is necessary for long-term recovery. Treating substance abuse alone may not help with ongoing depression or be effective if depression is driving the substance abuse. Studies show a higher risk of poorer outcomes, like relapse, for both disorders when they are not treated at the same time.

The Recovery Village Cherry Hill at Cooper offers dual diagnosis treatment, which treats both disorders together. This program is specially equipped to handle the needs of clients with co-occurring disorders.

Cognitive-behavioral therapy (CBT) is a valuable treatment tool for these co-occurring disorders at all levels of care. CBT seeks to help the client change their thoughts and behaviors, ultimately allowing them to live a happier and more fulfilling life. It can help with:

Treating substance use disorder begins with detoxification, in which the body slowly rids itself of substances. During detox, medications such as naltrexone for alcohol dependence or buprenorphine for opioid dependence may ease withdrawal symptoms. This can help a client feel hope even in the early stages of treatment. In turn, hope can play a role in easing depressive symptoms.

For those clients whose depression symptoms continue beyond detox and into early recovery, selective serotonin reuptake inhibitors (SSRIs), such as Zoloft or Paxil, may be helpful. If the client experiences thoughts of suicide or severe depressive symptoms, other medical interventions may be necessary.

Depression is a catch-all term for several mood disorders that share depressive symptoms among them. These disorders affect how a person thinks, acts and feels. People with a depressive disorder may feel sad, hopeless or lose interest in their normal activities. Those who suffer from depression may experience symptoms over a long, continuous time or in short episodes.

These feelings are different from those experienced as a result of loss or grief. They are more intense and interfere with daily living, so getting mental health treatment is often necessary.

Depression varies from person to person, so there are several types. Some of the more commonly known depressive disorders include:

Why do individuals with depression use drugs?

People suffering from depression may seek to alleviate their symptoms with alcohol, cannabis, stimulants or other drugs.

Why does alcohol cause depression?

Alcohol changes brain chemistry. It is a central nervous depressant and can reduce the amount of serotonin and dopamine in the brain. Heavy or ongoing use may lead to depressive symptoms.

Can drugs cause depression?

Yes. Heavy or ongoing drug use changes brain chemistry, which can lead to depression and other mental health disorders.

Depression moves beyond simple feelings of sadness. It feels pervasive and heavy. For some, they may experience feelings of anxiety, agitation or a loss of pleasure in life. Many have sleep and weight disturbances or experience extreme lethargy. Just getting out of bed in the morning can feel overwhelmingly difficult.

How do I know if I am depressed?

Who can diagnose co-occurring depression and substance use?

Are medications for treating depression addictive?

People do not experience an increase in tolerance or physical dependence on antidepressant medications, so they aren’t generally considered addictive. However, some people may experience minor withdrawal symptoms when they stop using an antidepressant.

While symptoms vary from one type of depressive disorder to another, some of the more commonly encountered symptoms for depression in general include:

These symptoms vary from person to person. Untreated, depression can last for months.

Effects of Substance Use on Depression Symptoms

Alcohol and other drugs can make depression worse. They can also interfere with medications being used to treat depression, making them less effective.

Helping Someone with Depression and Addiction

The best recovery outcomes for co-occurring disorders come from coordinated treatment of all disorders. Not all treatment centers are equipped to treat dually diagnosed clients. However, in the New Jersey area, you can get help at The Recovery Village Cherry Hill at Cooper. Our treatment facility provides both inpatient and outpatient services for co-occurring addiction and mental health disorders.  Contact us today to learn about treatment options that can start you on the path to long-term recovery.

Thank you to The Recovery Village Cherry Hill at Cooper for contributing this article. You can view the original at Disability and Depression – edited by Melissa Carmona and medically reviewed by Audrey Howitt.

Posted in A, D and tagged Addiction, depression